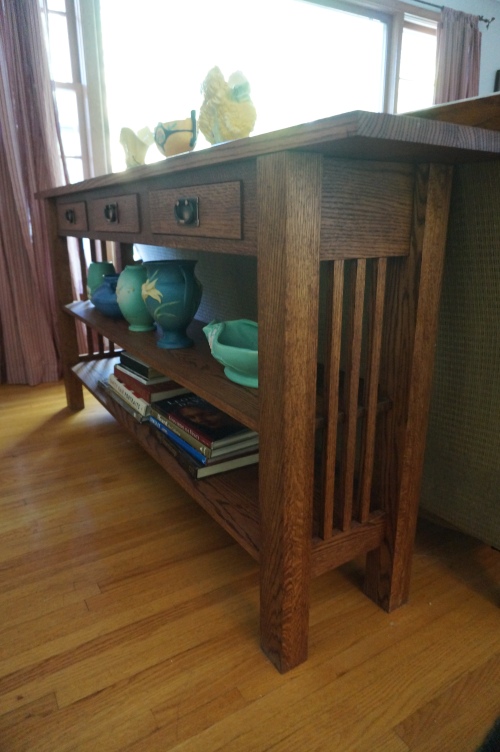 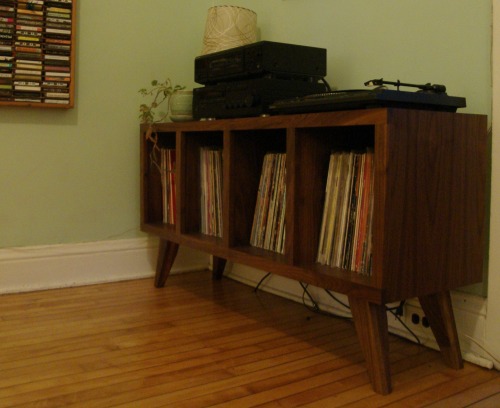 This is a desk I made in 2011, the top is a 2 inch thick walnut slab I got from ‘Wood From The Hood’ in Minneapolis. Check their website out if you don’t know about them, they are rad folks. I surfaced it with handplanes & sanders, and finished it with a danish oil and varnish- Eric

A view of the legs on the desk, made of ash. I was attempting to make an enlarged version of the legs visible on the chair. Also note the dovetails on the apron corner.

A detail of the desktop, showing one of the butterfly keys  I inserted to add a decorative touch, and hopefully minimize future splitting. 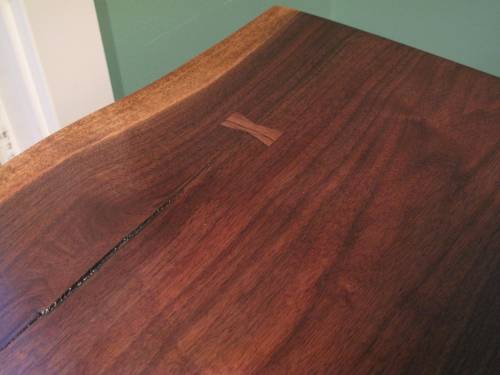 Another detail of the top.

A view inside the chest. I used a toybox hingeset to affix the top. The chest itself uses mortise and tenon joinery between the legs and frame members, while the panels sit in dadoes on the frame members and legs.

The panels- each was resawn and then bookmatched. 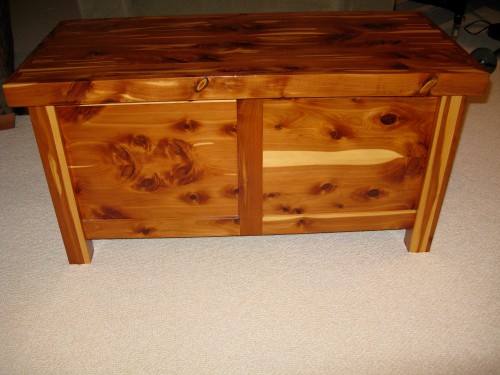 The panels on the other side. 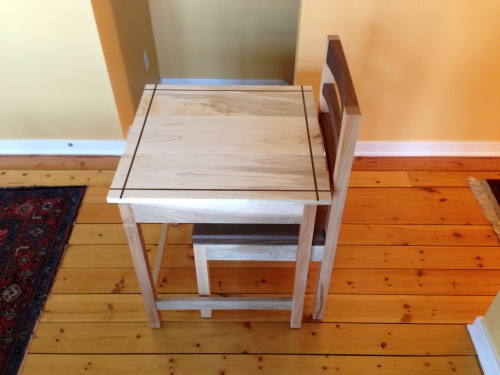 A small maple writing desk, with walnut inlay strips and an accompanying chair, made of walnut and maple. The drawer has dovetailed corner joints, detailed above. March 2013- Eric 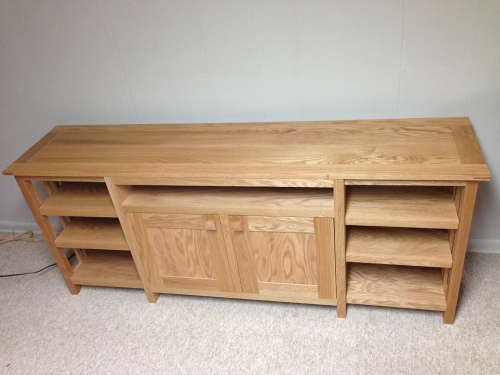 Rolling bed on casters, with 4 large drawers and upholstered headboard. Birch and maple. Eric and Andie- fall 2013 and February 2014. 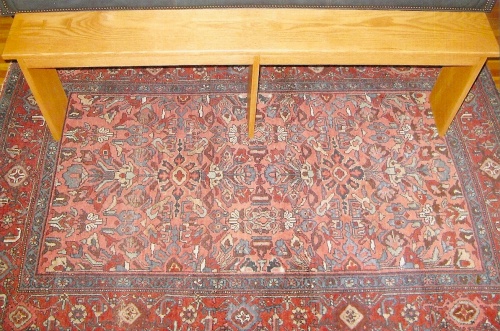 2 red oak benches I built a while back for an entryway and a radiator bench (with a mahogany veneer top, repurposed from an old entertainment console). Natural danish oil finish. 2008/2009- Eric